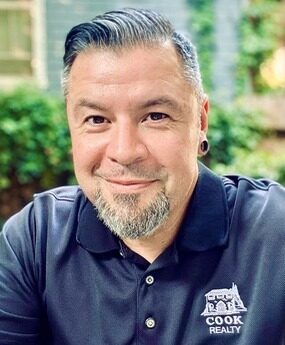 Brian Baraga is a Sacramento native with a passion for service and people. A two-time marathoner, Brian doesn’t stop until the finish line. Whether it’s selling or buying, he’s committed to working steadfast with clients throughout the process.

When it comes to Sacramento real estate, Brian appreciates the city’s diverse culture and architecture set against the backdrop of what often feels like a small town.

“I love that Sacramento is the capital of California, yet it doesn’t have the big city pace,” he says. “It has everything you’d ever need in a home with plenty of styles and neighborhoods to choose from. Having grown up here, I know the area well and enjoy connecting people with this place.”

Brian graduated from San Juan High School and attended the Art Institute of California, which led to a career in the television and radio industry, where he worked as an editor for several HGTV and DIY shows. Most recently he won an Emmy for his videography in KVIE Channel 6’s documentary “Searching for Hope: Homelessness in Sacramento.”

In Brian’s first year as a real estate agent he closed nine deals. His clients often refer to him as professional yet personable, determined and focused.

Brian proudly volunteers with SkateMD, where he teaches children with disabilities to skateboard. He also enjoys collecting vinyl records and taking trips with his dog Spock.