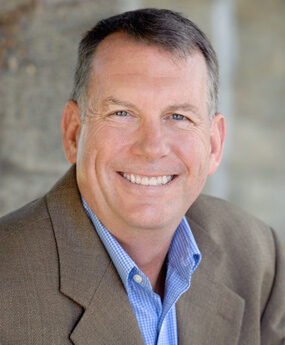 Larry grew up as an Air Force brat – moving every two to three years until he was out of high school. Growing up in a military family gave Larry the opportunity to see a lot of the US and other parts of the world – he lived in Pakistan at the age of five and graduated from an American high school in Germany.Larry graduated from the University of Oklahoma where he received a Bachelors of Science degree in Environmental Design (architecture).

In 1987, Larry joined the Air Force Reserves and was sent to officer’s training school and navigator’s school at Mather Field in Rancho Cordova – where he met the love of his life Lori, a Sacramento native. The two have been married since 1989.

After five years in Tallahassee and three years in Birmingham Alabama, it was time to move back to California! Lori and Larry returned to Sacramento where Larry worked for a non-profit company, received a Masters in Business Administration from the University of Phoenix, and started his real estate career.

Larry does not have much free time but likes to travel and tries to get some camping, kayaking and a couple rounds of bad golf in during the summer. Larry and Lori recently had their first child Tessa Marie and along with their two dogs, Mitzie and Chloe, enjoy the Sacramento life.